Photo opportunities can appear at the most unlikely times.  This morning was a good example of exactly that!  I woke up very early and as I looked out of the window, I saw that our bird feeders were almost empty of seeds and suet.  So I grabbed my bird food stash and groggily went outside to fill the feeders.  Once outside, I immediately began to hear the loud and incessant chirping of a bird.  I focused intently on the direction of the sound until finally I located the source of the commotion high up at the very top of a spruce tree.  It was a male cardinal, presumably very agitated that the seed feeders were empty so he decided to angrily yell at me.

Sorry Mr. Cardinal, you are going to have to wait a few more minutes before you can eat because as I gazed on the scene before me, I realized I just had to capture the moment in a photo.  You see, this vibrant red bird was perched on the treetop against a rich blue sky and I knew that he would not be there much longer.  I quickly went inside and grabbed my camera and remarkably, he was in the same place when I returned!  I couldn't believe it!  I fired off a few shots and felt relieved that I managed to snap some good ones worth keeping.  Now I felt it was my duty to reward this patient little fellow with a reward so I hastily filled all of the feeders and went back inside.  I watched him from inside of the house as he slowly made his way closer to the feeders.  I snapped a couple more photos as well just for good measure.  Below are the photos I took of this charismatic cardinal on this magical morning. 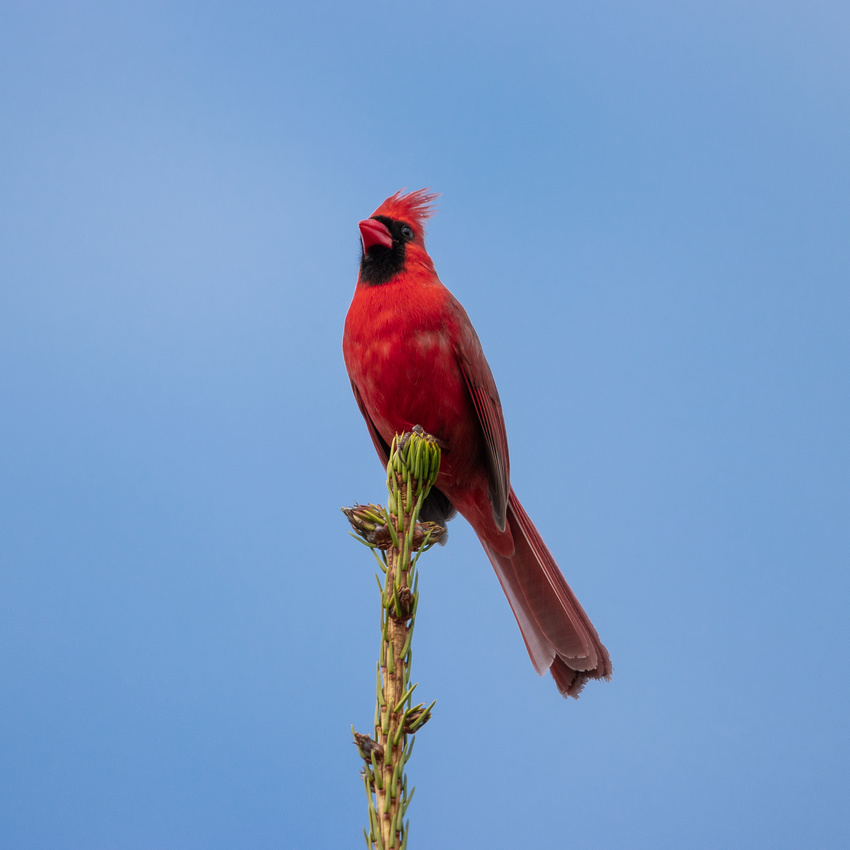 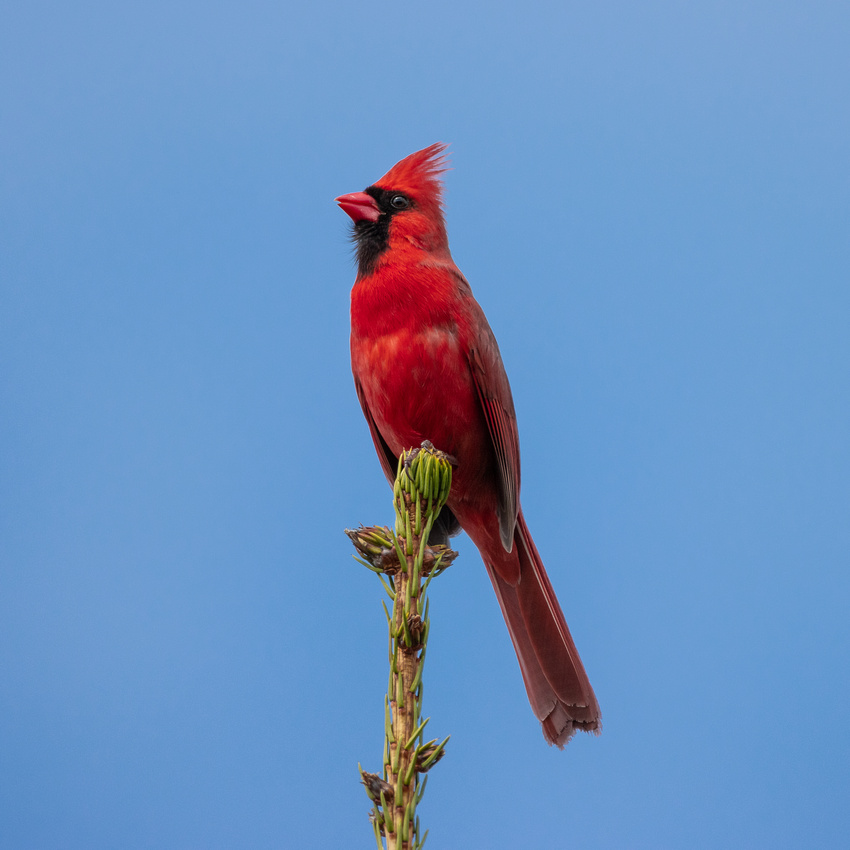 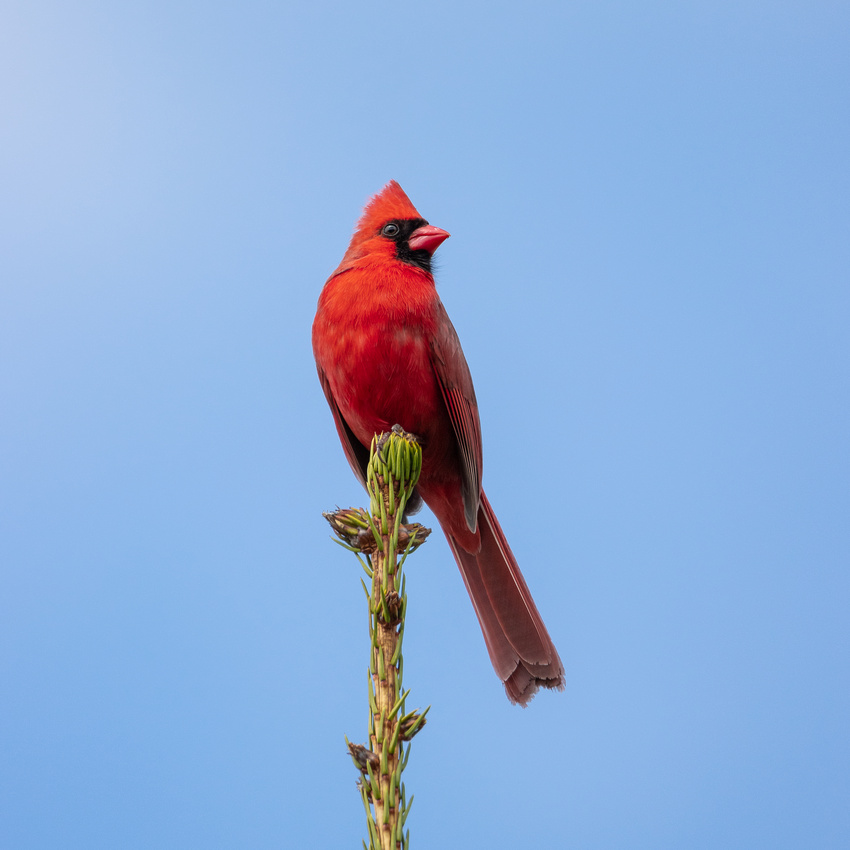 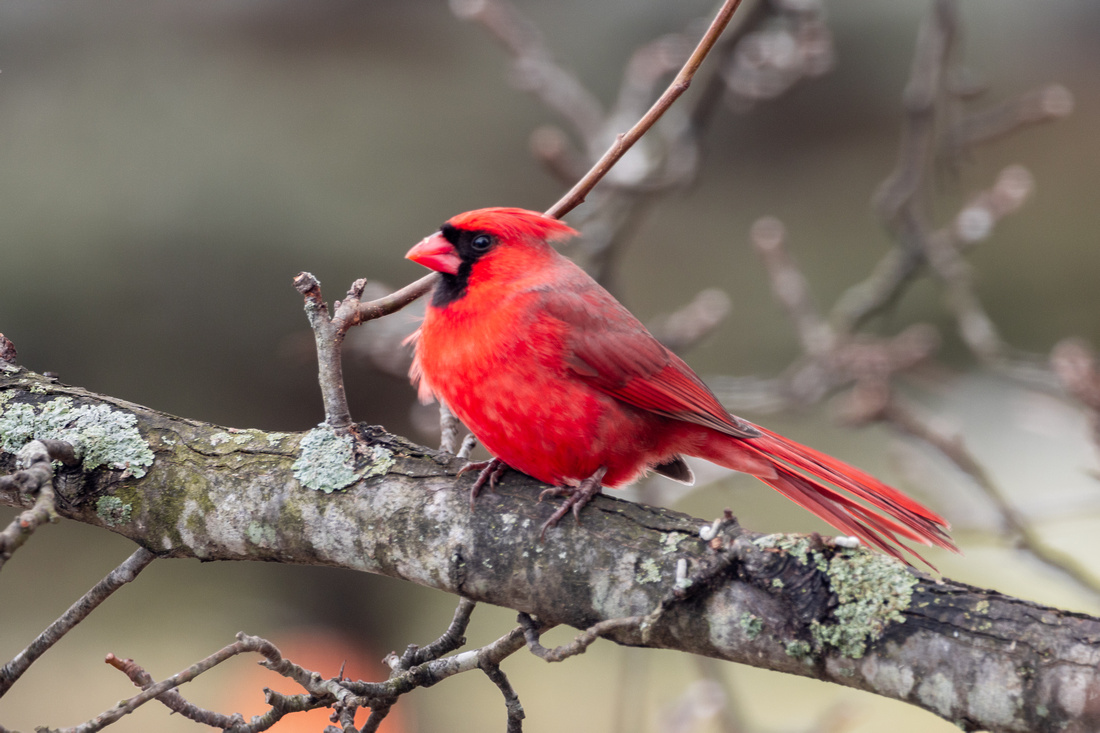