Visit from a Baby Bird

It is mid-May but the arrival of Spring has not been swift.  Here in New England, temperatures have been mostly below normal and there was even a day where we had a brief snow flurry!  But things they are a changin'.  Leaves are growing on bare trees, colorful flowers are appearing in gardens in suburban neighborhoods and our trusty weatherman is predicting temps in the low 70's today!  Another sure sign of Spring is the return of migratory birds that left the frigid cold of New England for the milder temperatures of the south but have now returned here to find a mate, build a nest and produce another generation to continue Mother Nature's cycle.

As the day's golden light began to fade into evening, I found myself at the kitchen sink washing the dinner dishes while looking out the window when I thought I spotted a movement that was so minute that I figured I must have imagined it.  I continued my gaze in earnest and was so surprised to see a baby sparrow in the grass in my yard!  Several thoughts immediately surged into my head.  1. I hope it's not injured.  2. Will it be found by a natural predator?  3. Oscar, go get your camera pronto!!!  Getting a photo would be impractical since the little guy was mostly obscured by the blades of grass and my hands were wet from doing the dishes.  Suddenly, the baby bird upped the ante and made the situation better by flying into the air and landing on the railing of the deck.  Although not ideal, he was in a much better location for a photograph than where had been previously.  But the question remained:  How long would he stay there?

Hockey great Wayne Gretzy once said, "You miss 100% of the shots you don't take."  With that great motivational message in mind I quickly dried my hands and ran through the house to get my camera hoping that the bird would still be there upon my return....and it was!  With camera in hand I had an unobstructed view of the bird however there was still a slight problem.  I would have to photograph it through a glass window which is never ideal plus it also has a screen that will further degrade the image.  Regardless, I was all in and I was determined to capture a photo of this cute little bugger.  Cute?  Well, as can be seen in the photos below, the baby bird looks a bit rough around the edges with the crazy feathers growing out of his head!  This was a fun experience but it all came to an end when the bird flew up into a tree and was safely concealed by the leaves.  I hope that he will be one of the lucky ones that will make it to adulthood. 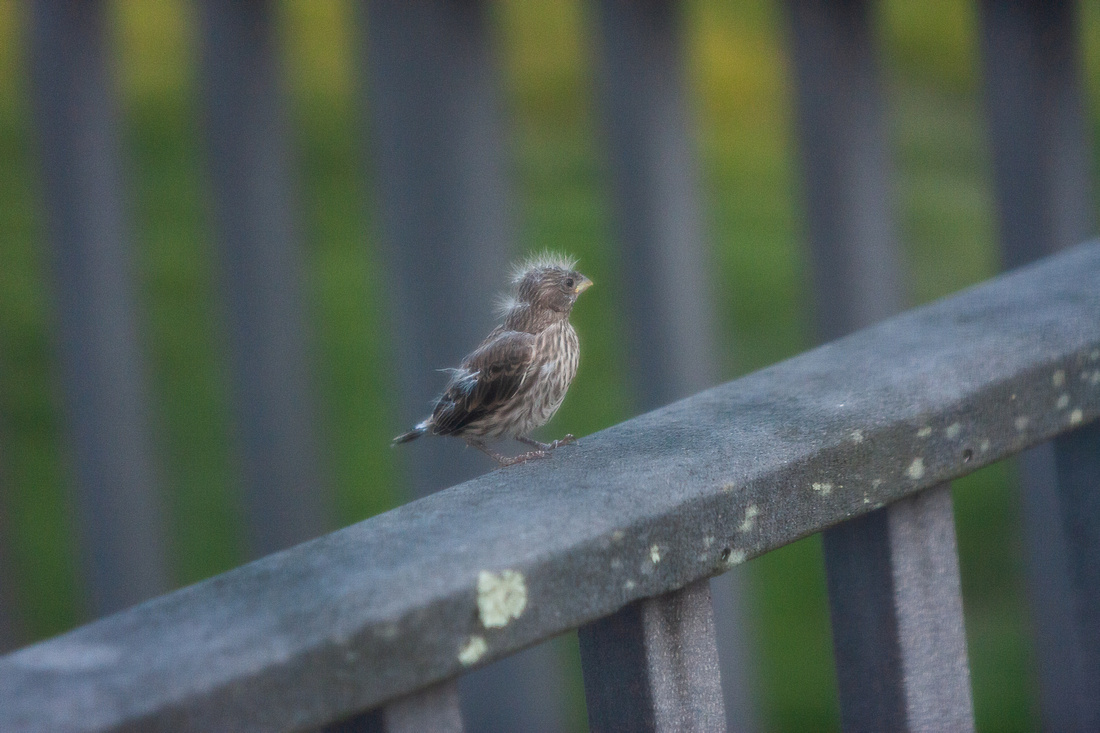 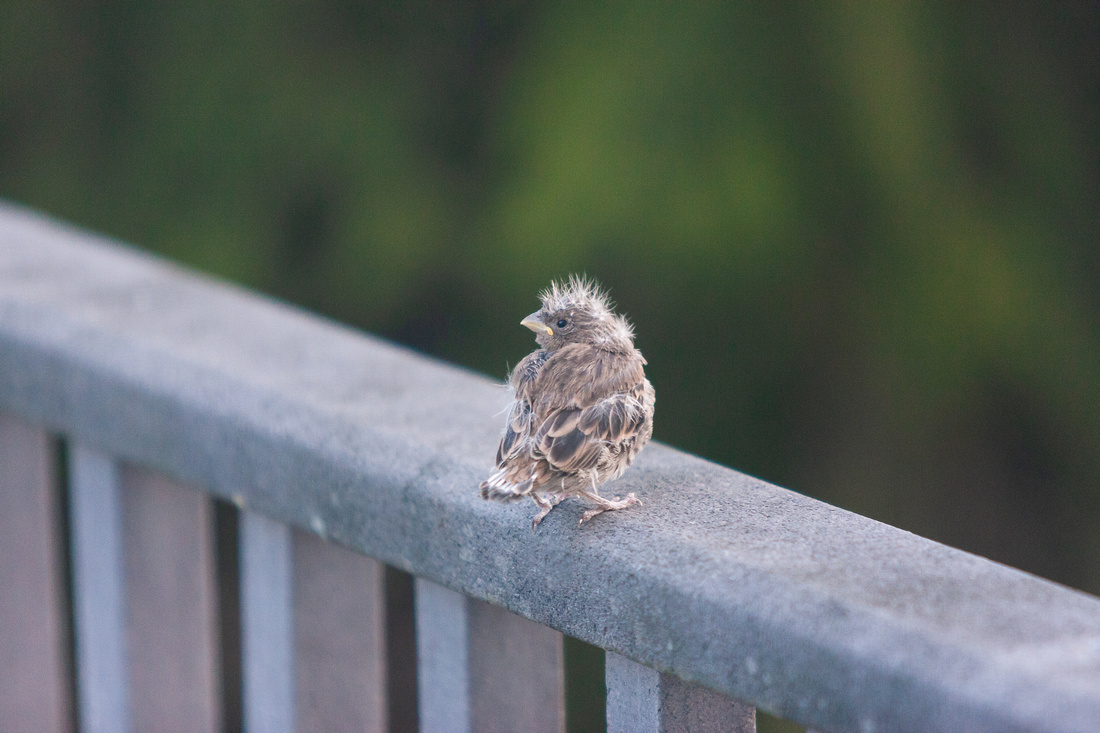 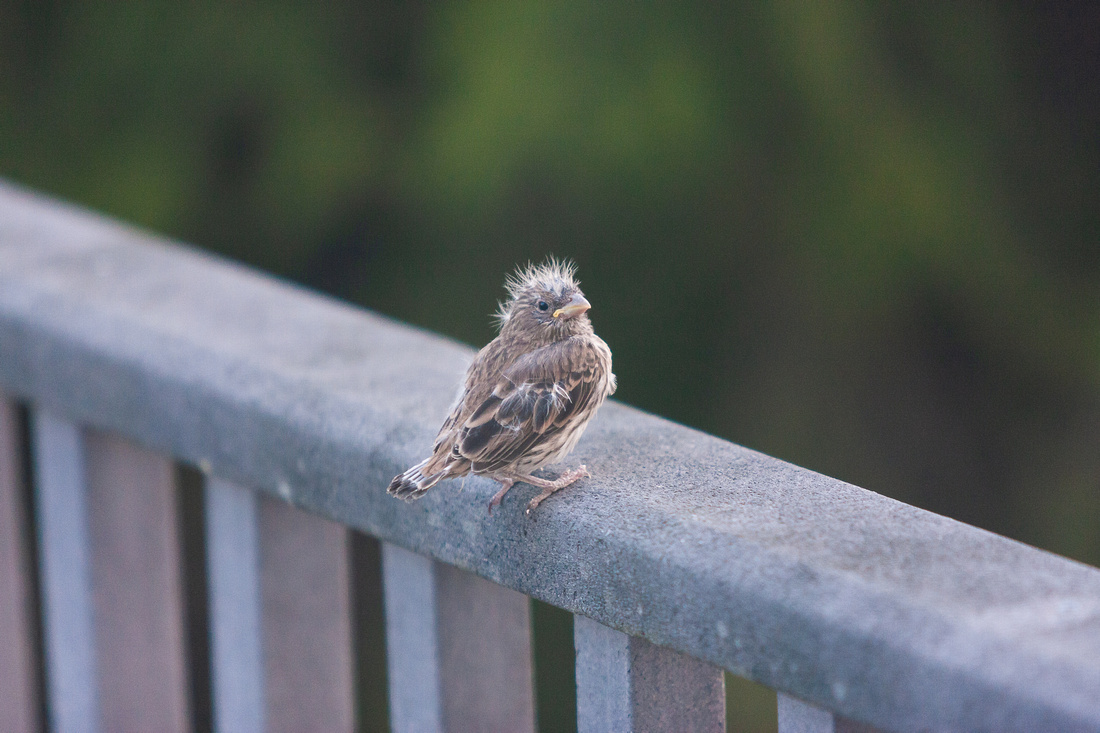