The Wrath of Sandy

On a drive along the southern coast in Connecticut, I stumbled upon Fort Nathan Hale Park, a place that I had never visited before.  It is a 20-acre historical park located on the east shore of New Haven Harbor in the city of New Haven.  The park was built in honor of Nathan Hale (June 6, 1755 – September 22, 1776), an American soldier and spy for the Continental Army during the American Revolutionary War. He volunteered for an intelligence-gathering mission in New York City but was captured by the British and executed. His last words before being hanged were reported to be, "I only regret that I have but one life to lose for my country." Hale has long been considered an American hero and, in 1985, he was officially designated the state hero of Connecticut.

The waterfront park offers a harbor setting, a sandy beach, hiking trails, fishing and birdwatching, a pavillion and a statue of Nathan Hale depicting him moments before he was executed.  Another impressive sight at the park is the long wooden pier that stretches out into New Haven Harbor....impressive that is until the pier met its match a few years ago. 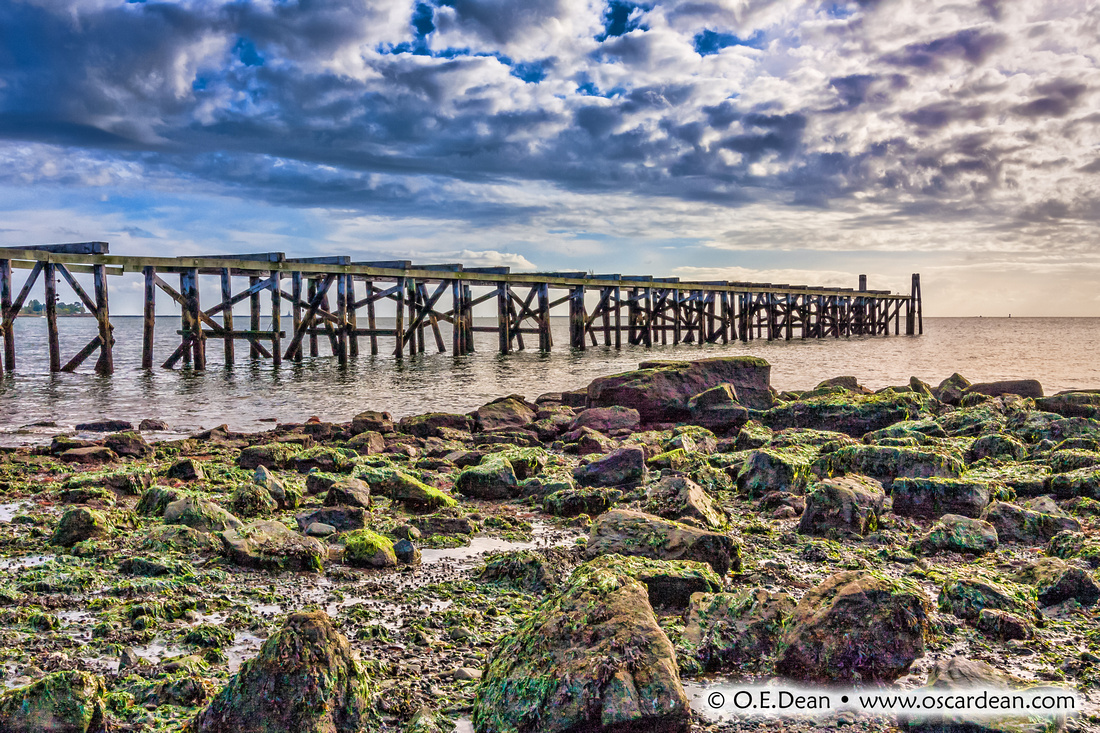 The Fort Hale Pier was severely damaged during Superstorm Sandy when it hit the Northeast in October 2012.  The massive storm surge from Sandy claimed more than 186 lives and caused $65 billion in damage along the East Coast from Maine to North Carolina.  The good news is that the Connecticut State Bonding Commission has approved $1.8 million to repair the pier.  I don't know when the restoration is scheduled to begin but it will be great to see it resurrected to its former glory.

Sarah(non-registered)
I follow your blogs Oscar and very impressed with the lessons and history that I learn in your blogs. I know so much goes into your work. This is a very beautiful picture.