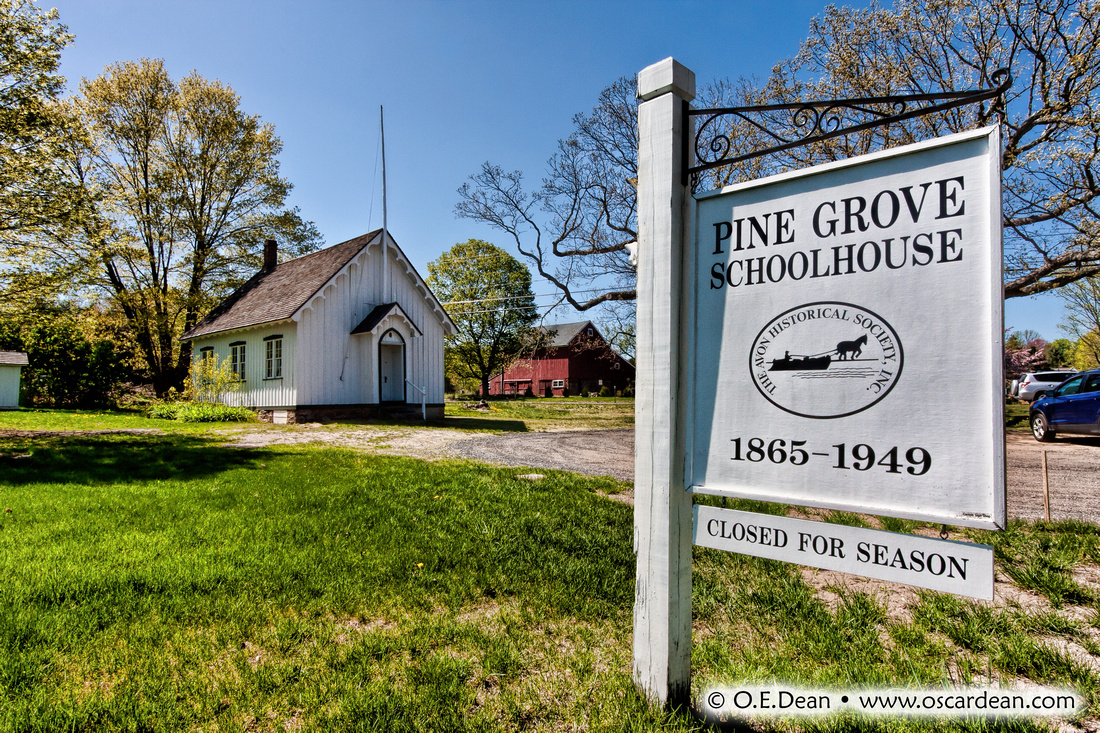 Built in 1865, this one-room schoolhouse is located in Avon, Connecticut.  Originally for students in grades 1 - 8, the school was eventually reduced to grades 1 - 6 and in 1949 closed its doors when it was the last one room school house in town. Lit by kerosene lamps and heated by a wood stove, older children were responsible for gathering wood and coal to heat the school.  An outside pump and an outhouse were used since there was no plumbing at the school.  After closing its doors in 1949, the building was used as a library, nursery school and home for the boy scouts.  The building was restored by the Avon Historical Society and opened to the public in 1976.  It is currently open to visitors on Sundays from 2:00pm - 4:00pm, June through September or by appointment with the Avon Historical Society.

While out on a leisurely Sunday drive, I happened to spot this little white wooden structure tucked back from the road.  I was curious about what this building could be so I found a place to turn around and headed back to get a closer look.  Upon reading the sign in the driveway, I realized that this was an historic one room school house.  It is moments like these that I'm glad I have my camera handy.  The school was closed at the time I took this photo but I hope to return when it reopens to have a look at the inside.

My intent for the composition of this photograph was to create a picture with a lot of depth.  The placement of the sign in sharp focus in the foreground adds visual interest but also leads the viewer's eye to the school in the background which is also in focus.  To achieve sharpness from front to back requires that you set your camera's aperture to a higher value such as 16, 18 or 22.  In this case it was 18.  Had I used a very low number such as 2.8, the sign would have been sharp and the school would have rendered blurry or vice-versa depending on where I placed my focus point.  In addition, I took the photo from a lower position by kneeling down.  Most photos are taken standing up so I shot lower to try to avoid that all too common predictable view.  This lower perspective helps to draw the viewer in more and almost make them feel as if they were at the location.