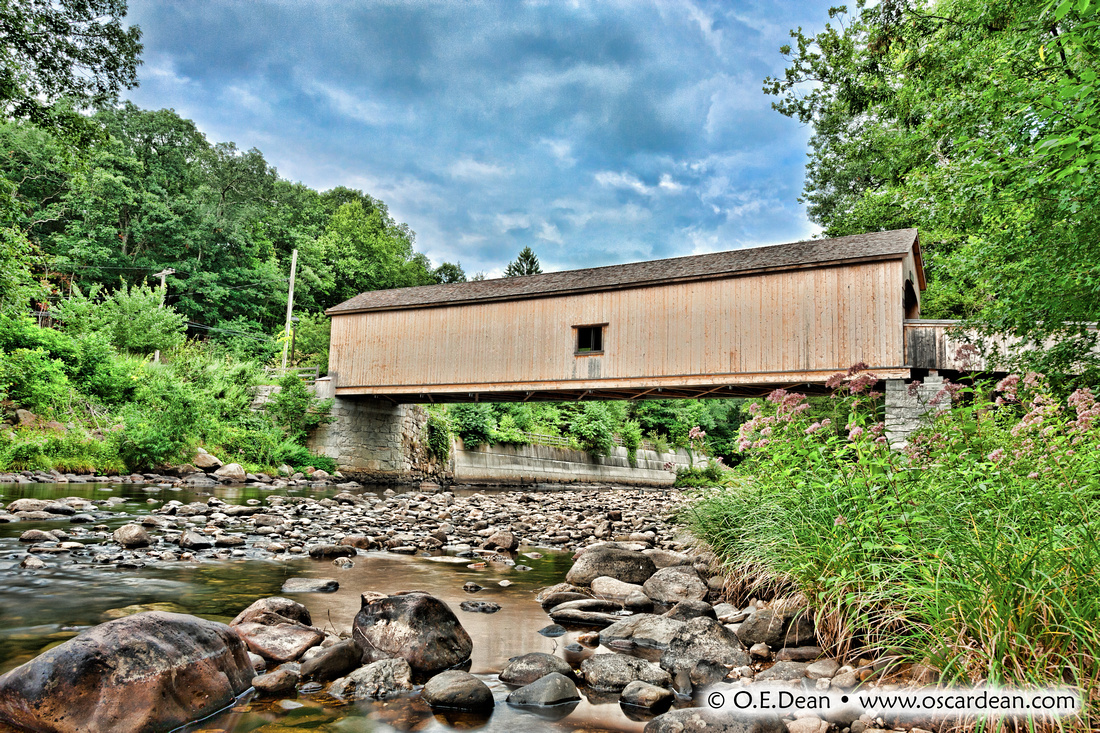 The New England region of the United States is known for its picturesque farms, quaint coastal villages, stately white churches and rustic covered bridges.  Connecticut has seven of these bridges by my last count.  Each of them exudes its own unique character and you should make it a point to visit them on a solitary walk or with some family or friends.

Measuring 80ft long and 12ft wide, the Comstock Covered Bridge spans the Salmon River.  The bridge is not open to traffic, it's fate sealed when in the 1930's a truck crashed through the floor requiring a major restoration to the structure.  Visitors to the bridge have easy access by a nearby parking lot and there are good views of the river from the windows located on both sides of the bridge.

This photo was taken late in the afternoon and according to the weatherman, rain was predicted in the next hour or so.  Under the bridge there were two young boys doing their best to try to catch fish but not appearing to have any luck.  I spent about 15 minutes assessing the area trying to scope out locations to give me a good photographic composition and finally arrived at the one you see above.  I chose a low vantage point with the rocks and plants in the foreground which leads your eye to the bridge and ending with the clouds in the background.  A few minutes later, the two boys gave up and left the area and I was free to take my photo.